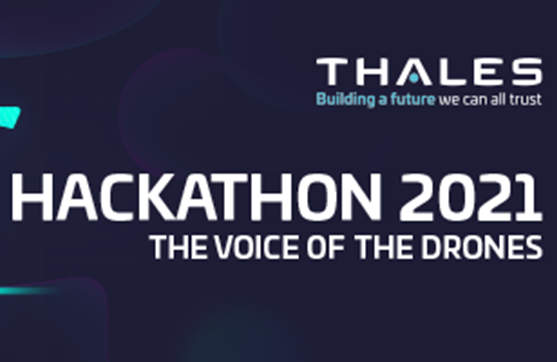 Marine Tech and the Thales DMS (Defense Missions Systems) team, finalists in the THALES 2021 Hackathon “The Voice of the Drones”, placed second and received the ESG (Environment, Society and Government) Jury’s special prize for their Green attitude.

As part of the Hackathon 2021 challenge, which aims to stimulate innovation, THALES presented a series of projects to several companies last October. The purpose of these projects was to use drones to implement payloads and technological bricks used by THALES in its maritime activities.

After selection, Marine Tech was chosen to work with the THALES DMS team (Brest) on the “FLASHig” project, which consists of using Marine Tech’s drones and an innovative deployment process for the deployment of a compact sonar. This solution will allow Thales to automate their missions through the use of drones.

Beyond the price, it is a cooperation between an SME and a large group. This cooperation should continue through a development programme in which Marine Tech will be involved.

Marine Tech would like to thank Thales and its team in Brest for their confidence and the encouraging prospects for such a development in the months to come.