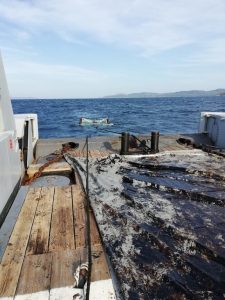 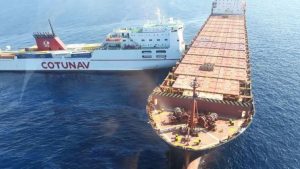 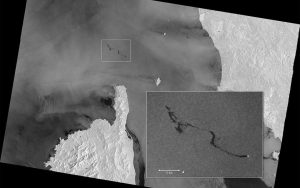 On 7 October, a Tunisian ro-ro ship, the Odysseus, collided with the Cypriot container ship CLS Virginia, then at anchor about 28 km northwest of the Corsica Cape. The collision caused a breach in the hull of the container ship, releasing bunker fuel.
The French Navy has deployed various pollution response equipment, including the marine pollution response trawl from Marine Tech: The NOTIL to recover oil slicks drifting at sea, especially around the islands of Hyères.