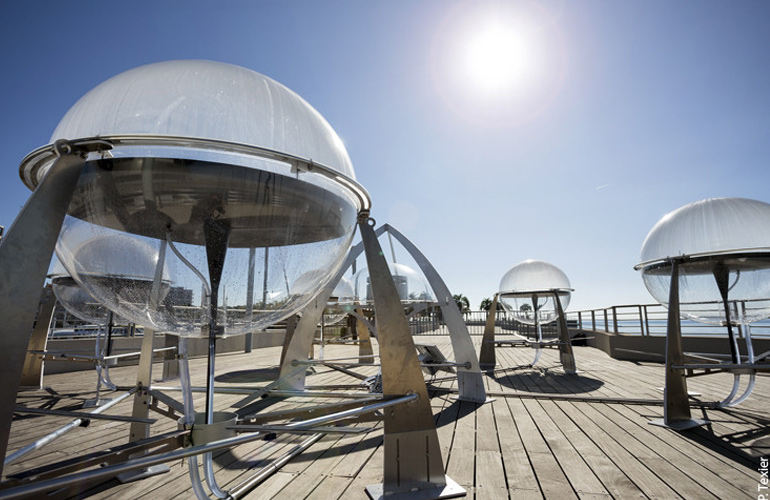 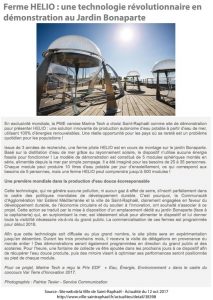 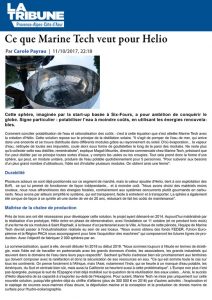 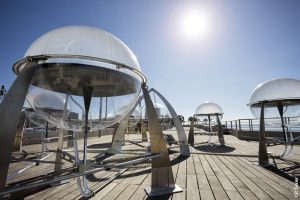 To provide drinking water to population suffering from water scarcity

On October 24, the HELIO pilot-farm producing drinking water from seawater powered by renewable energy only was inaugurated.
Based on solar distillation, HELIO treats any type of water.

Hosted by the City of St Raphael and the Urban Community (CAVEM), HELIO pilot-farm is installed at the Vieux-Port until December.

HELIO project is co-financed by the Region PACA, The French State, BPI France and the European Union (FEDER).